It was supposed to be a short answer to a simple question… Alas, failed to happen. My literary passions always oscillated between fantasy and science fiction. How did this happen?

The first “thick” book for me was the trilogy “a Wizard of Earth sea” by Ursula Le GUIN. It is considered that this trilogy, along with Lord of the rings and Chronicles of Narnia (the second “thick book”) one of the founders of the genre of Neverland. In the childhood book made a huge impression on me. Much later, rereading it again, I realized that in essence it is not about dragons and not about the magic, and the search for… patience, humility, strength, harmony…

But it was not the only thing that I have read. Time I had a lot of, and ways to take it a little. And that, along with literature for children and art I got a decent sized stack of the magazine Science and Life, youth and others. The collection covered a period of 20 years, starting in the seventies. A remarkable feature of these logs was used at the end of each magazine to print excerpts from the stories “young authors”. Much later, reading the classics of world fiction, I was surprised, found familiar scenes. Special impression on me was made cycle Path to the ground. For me it was the first conscious impulse to computing. 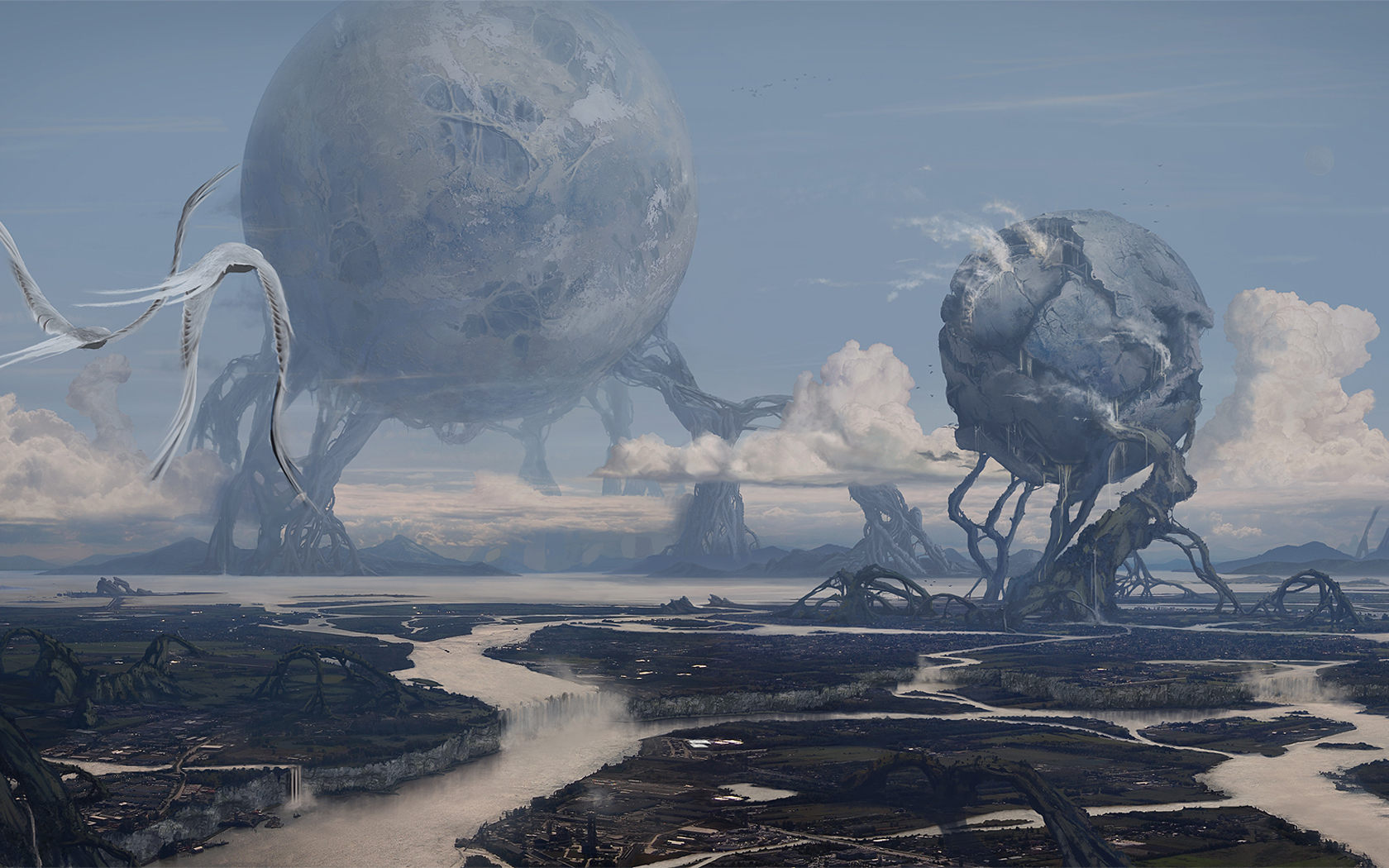 When within one and the same day I read in a row the adventures of Prince Caspian, the description of AMS of Venera 6 and the Fountains of Paradise, the views of the world develop very peculiar.

Such a flow between the worlds continued in the future. It would seem that sci Fi, fantasy the essence of flight. Escape from reality to a place which is not. However, between these two fictional worlds there is one important difference.

What a fantasy and what is different their world is from ours?

In the canonical case it is the medieval world where magic is possible and the existence of amazing creatures, places, and things. More simple and measured a world where miracles are perfectly ordinary thing. Closest to the fantasy lies the heroic epic… fantasy is very much he borrowed.

It is believed that such worlds were a response to the horrors of the second world war and fear of war third, after the construction of the atomic bomb which had all chances to become for humanity the last. In such circumstances want to forget about all the technologies and dive into more simple and measured a world where travel between neighboring cities within a week, and in a difficult moment comes to the aid of a miracle. Is Good is Evil, and shared between them there is nothing.

Technology in this world is either missing or works the same like magic totally inexplicably. Overall, all this adds up to the description of the world which is not, but which might be once. While he did not left magic, and he has not become the world in which we live.

Than in this sense it differs science fiction?

Science fiction as a genre appeared in the upbeat times. People believed in the power of the human mind and humanity of his heart. The world seemed subdued, and the few remaining mysteries of science threatened to reveal very soon. Artificial intelligence, humanoid robots, cure for all diseases, colonies on the moon and Mars, flying beyond the Solar system it all seemed a matter of the near future, high the next generation.

Like it or not, but in most cases, in the PF world is our world. On the moon, Mars, in the asteroid belt in the Dyson Sphere near Tau Ceti… the Earth always remains somewhere behind. It changed the time, some new technology is on the verge of a possible, or even behind it, but people know about her and decide essentially the same issues that can be solved, or will solve in the near future we.

Humanity could pick flowers for Algernon, to get the matrix and dream about. Give time. Even Tahmasib, if you think about it, too, is not feasible in principle, in one form or another. But if you are very lucky, and the entrance to the wormhole. To meet brothers on reason. 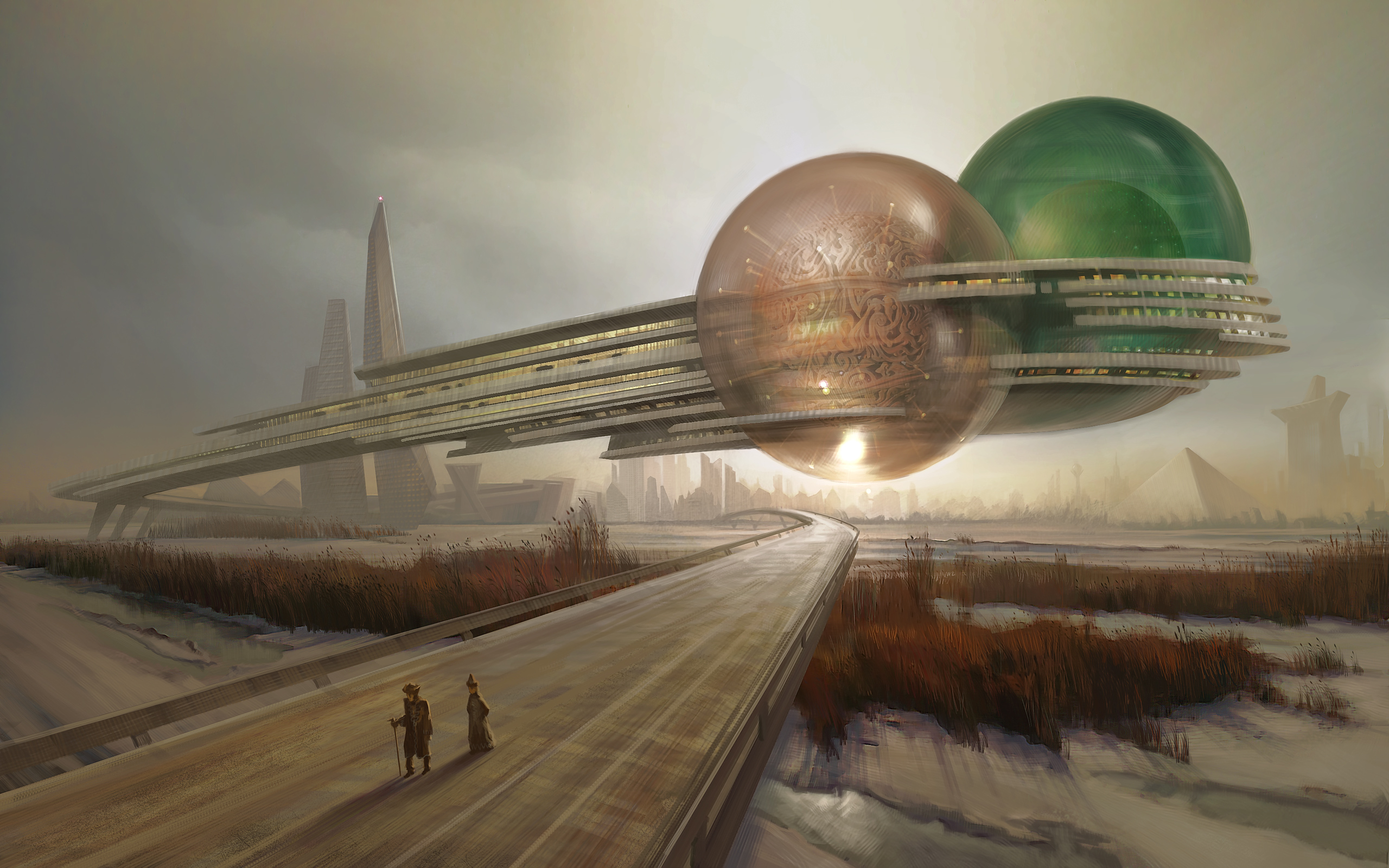 By the way, if someone met this video in decent quality I would be very grateful for a link.

We may never approach the speed of light and being trapped in a dozen other light years from the Sun. This will be enough now almost every “decent” stars have planets. Settling at least within our Solar system, and the system Earth Moon is already a huge step forward compared to what we have now.