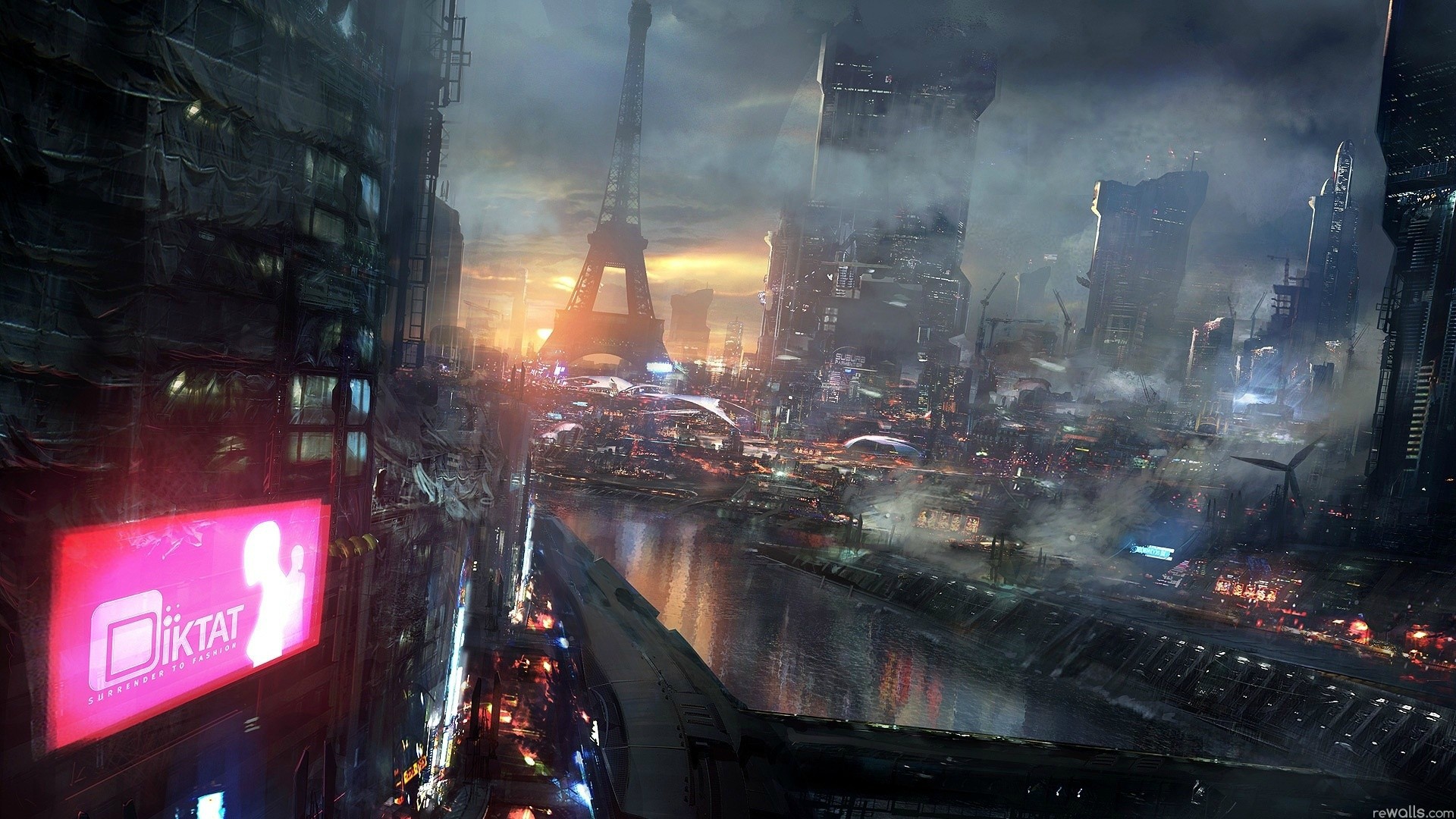 Accordingly, “pure” cyberpunk only what satisfies the spirit of the movement, similar external attributes are not taken into account at all. Therefore, it can be attributed to fantasy, it would seem, “the Daughter of the iron dragon” Sanbika, but not “Maze of reflections”, as well as the entire “dev”, from the pen of authors, regardless of its quality. The canons of the genre satisfy simple fighters series Shadowrun, but not trendy and rich, it would seem that philosophical delights “the Matrix”.

The first loud success of cyberpunk was the appearance in the 1984 novel “Neuromancer” by William Gibson, which became a symbol “of the output of cyberpunk from the cradle” (according to Orson Scott card). However, the year before it was published novel “Software”, Rudy Ruecker, and the “Artificial child”, the first work of Sterling in this direction and did in 1980.

Immediately say, that of “virtual reality” it is not would then have to remember a dozen works. Finalize the movement after the “Schismatic” Sterling in 1985, the mouthpiece it was the fanzines primarily “Cheap truth” (Truth Cheap), applies fundamentally for free. The writers of cyberpunk encourage their younger colleagues to break with the patterns, do not listen to the opinion of the authority, to create freely and sincerely.

And, of course, set the example yourself. For example, one of the early novels Rudy Ruecker “White light” critics refer to the “trans realism”, read “fictionalized bullshit”. Hardly anyone from the venerable science fiction, stamps fighters about the space Rangers, would come to mind to describe the trip is not quite sane mathematics through the afterlife presented in the form of sets of countable sets.

Load terms from higher mathematics will scare off any reader, poorly versed in the transcendental numbers, but it didn’t bother cyberpunks. Beautiful, daring, original? Good! Another thing is that fighters with the authorities soon themselves become writers of international acclaim, their novels brought considerable income, and the sermon on the refusal of a commercial approach to the work sounded a bit silly, and complained that sterling, in his article on “cyberpunk in the 90s”. Leaving to write their own traffic (which we did not wait), the founding fathers hit in genre experiments. They continue to this day.

That gave cyberpunk world? Being in fact a fantastic warning, it is not designed neither utopian nor dystopian, and cannot tolerate a modern model of society in the future. Unlike all three of these recipes, the world of cyberpunk is arranged logically, it can exist in reality, resistant to external and internal influences by the way, no “save the world” heroes never do this situation is simply impossible.

Cyberpunk says that people will survive in any situation, and another thing, who they will become. And to survive we have to. “Delusions of grandeur walks through the classrooms of universities where each boy develops a plan for placement of the universe in a thimble,” says Sterling, and warns that danger could be waiting for us just around the corner. How the invention will change our life upside down which artificially induced epidemic will mow half the world’s population, where the line between public safety and personal freedom? Contrary to the opinion of contemporary fans, cyberpunk is not a movement of passionate computer enthusiasts that want to put a “chip in the skull”.

Cyberpunk is a movement of those who wants to stay by itself in the world of total domination of new technologies. Including using the latest in high professional level. Heroes of cyberpunk are completely free from the shackles of morality, they stand beyond good and evil.

To achieve the main goal freedom, everything is allowed. And do not blame cyberpunk in the promotion of violence, drugs and God knows what society and these are the values. Writes sterling, “cyberpunk in the universe the idea that there are certain sacred boundaries, which should keep people misleading. Sacred boundaries to protect us from ourselves, does not exist.”